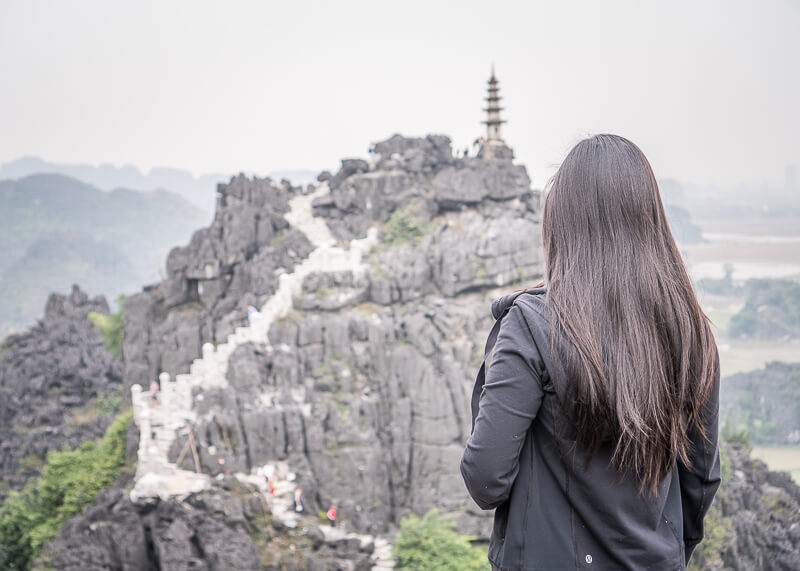 When the big day arrives before you know it…

Months turn into weeks, and weeks turn into days before the moment comes and it’s time for us to head to the airport. Up until this day, I have felt incredibly calm. No excitement, no anticipation, just laser-focused to complete a never-ending to-do list. I tell myself that once I am gone, I’m gone. There are things I’ll manage remotely, but this is my time.

I do have to admit that I was riled with anxiety for a day or two. The overwhelming feeling came when we sold most of our furniture, and we only had an empty condo. During that brief moment, all my fears came flooding to my mind, and I needed to meditate to bring calmness to my head. I don’t think of my fears often, but when I do, it’s like Armageddon in my mind. 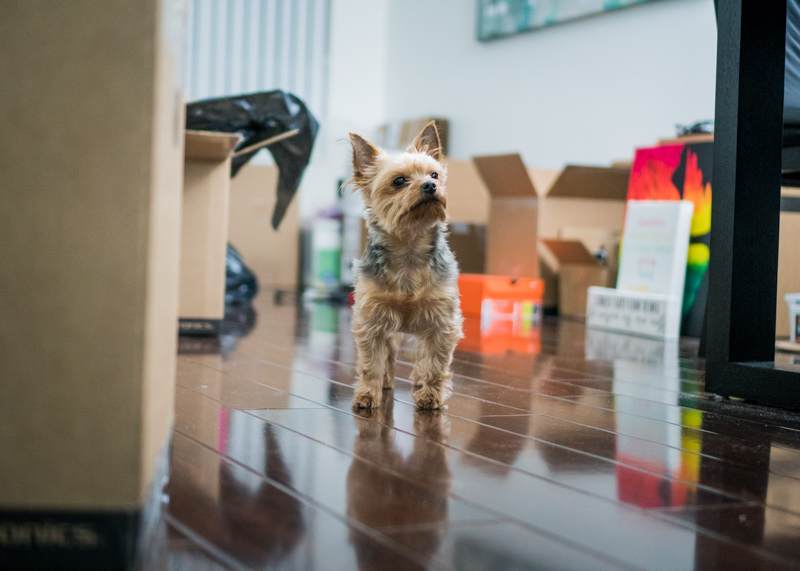 It’s during those moments of fear that I remind myself to not worry about what I can’t control, to trust that the universe has my back as it always has. If something doesn’t go as planned, I’ll figure it out. I always do.

Heading to the airport

As we drive to the airport, I reminisce about the times when I did some extensive travelling. In between month end and forecasting, I’d sneak away on weekend trips, spending most of my time in the sky hammering out my next assignment. In one year, I boarded an airplane 22 times. Yes, I counted, and no, it was not for work. 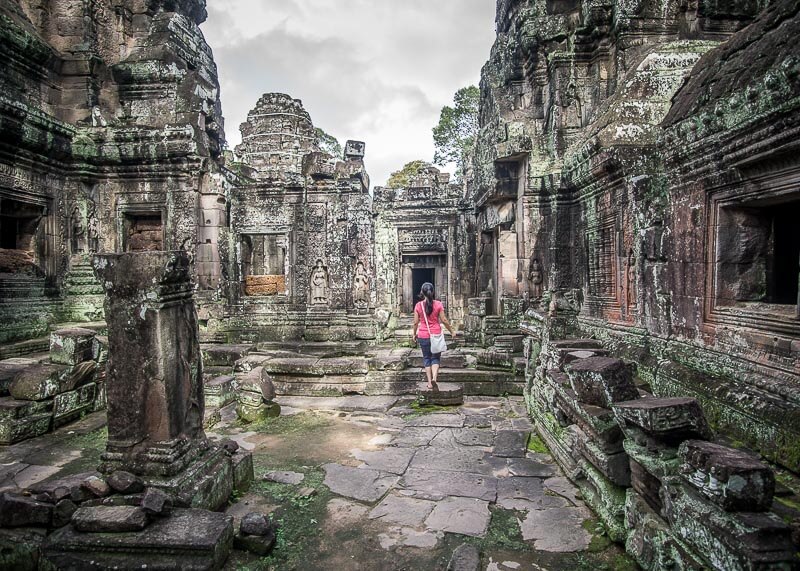 Suddenly an old song that I used to listen to during those jet-setting years comes on the radio. I can’t help but wonder if this is the message from the universe that I’ve made the right decision. It’s been awhile since I paid attention to signs from the Universe (I’m a hippie, I know). The thing is, it’s incredibly difficult to be introspective and focus on what the universe is telling me when I am hampered by the daily routine. Because of other priorities, I left so many things to the last minute, to the point where a scare came up on my credit report. Suspicious activity, potential fraud was their exact words. Fortunately, the confusion was due to change in bank ownership; it was nothing more than banks acquiring other banks. Thanks a lot, big banks in Canada, I clearly didn’t get the memo!

Travel tip: Don’t leave it until the last minute to do your annual credit report check. You may have a heart attack, and all hell may break loose. Only in your mind.

Lesson 1 of One Life Changing Year on the nomad blog: Stuff holds you back

So we arrive at the airport feeling confident that everything will be smooth sailing for our first destination. We weighed our bags and packed absolute essentials for the year. We even weighed our checked luggage to make sure we were within the weight limits. Except for one small thing… we didn’t weigh our carry-on luggage. We assumed that all carry-on luggage adheres to the international standards…

Time to reorganize our stuff. Good thing we arrived early at the airport. Now we know, most Asian airlines have weight restrictions that are about 3kg less than the international standards. They also take your handbag weight into consideration. Seriously… Ugh… 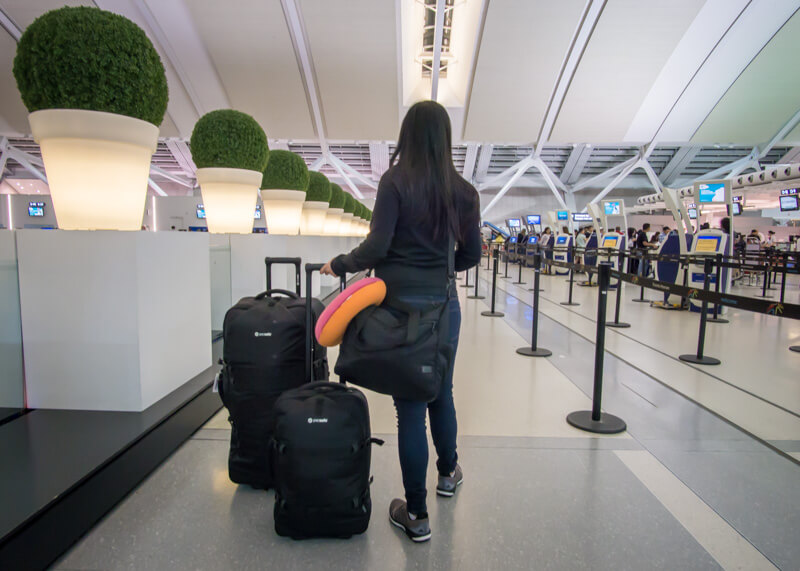 Just two suitcases (and an ugly duffel bag with stuff that we won’t need by the first month) for Gary and I for a whole year of travelling. Nothing makes you realize how little stuff you need until you start travelling

Another annoying issue is that we downloaded our mobile boarding pass and didn’t bother with a paper copy because come on… we are in Canada!

Apparently, that caused so much confusion because we couldn’t check-in with their kiosk. We were greeted with so much skepticism that I doubted for a second if we booked the right ticket. Luckily, all was sorted out by the peops at the counter.

I can tell you with confidence now that we won’t make that mistake again about our carry-on luggage. Some lessons are learned through research while others come from experience. Being the I-like-to-be-in-control-of-the-situation person that I am, I prefer the former.

So we finally board the plane at 2 am. This is it! It’s getting more real. As we ascend into the sky, I look out the window to see the most beautiful image that I wish I could have captured on camera. City lights are glittering on the ground under a dark sky with a half crescent moon in the background. As we soared higher into the black night, I saw a thousand twinkling stars dancing in the distance. It felt as if they were wishing me a safe trip and that they will be with me during my travels. 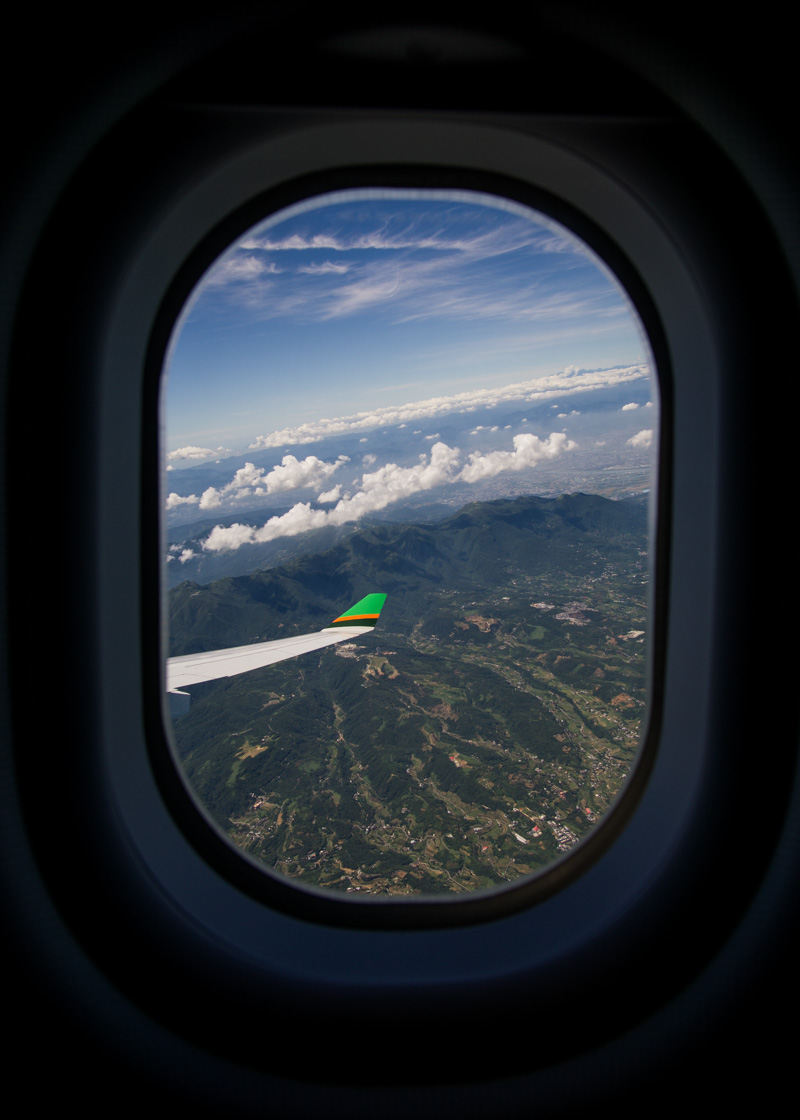 Our first stopover is in Taiwan. Ironically, our original plan was to visit Taiwan first for this trip. Our plans have changed about 20 times since then

While a few things didn’t happen as planned, in a way, it did happen as intended. After all, I anticipated that we’d encounter unexpected problems. But it’s in those moments where I am challenged to think on my feet and control my emotions so that I can think clearly to find a solution. I just didn’t expect them to happen before I boarded the plane.

Oh well, on to our first destination. Bali.

Read next: Evolving plans led us to Bali

If you missed the previous post about why I decided to travel for one life changing year, you can find it in this blog post. 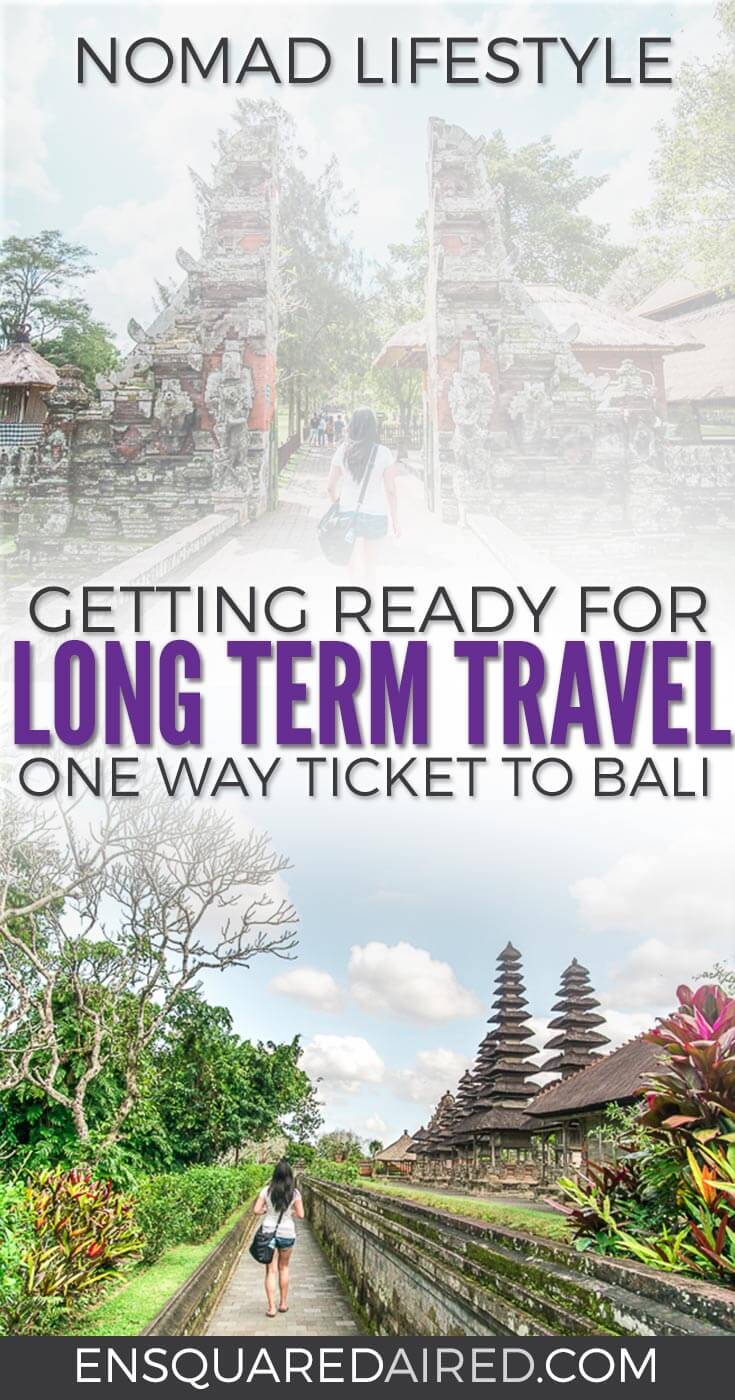 An Epic Start To The Nomadic Lifestyle In Bali

Previous Post: « Why I Decided To Travel For One Life Changing Year
Next Post: An Epic Start To The Nomadic Lifestyle In Bali »

An Epic Start To The Nomadic Lifestyle In Bali