You are here: Home / Travel / The Year I Left Canada To Travel The World 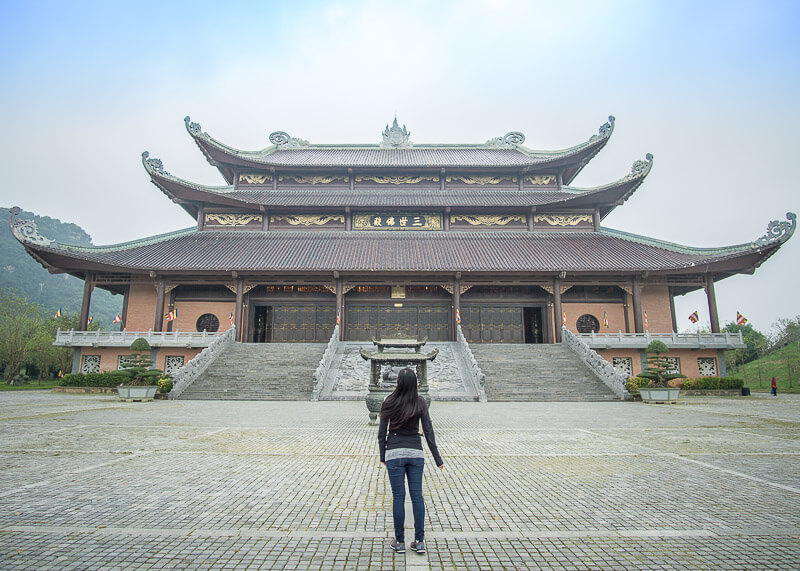 The year I left Canada to travel the world

Well, I guess I can say 2017 was a crazy year for me. Half of it was spent prepping to launch my dream, while the other half was spent living it.

That’s the long and short of it. I’m leaving out the moments of self-doubt and the sleepless nights that come with leaving Canada. The first six months of 2017 was riled with anxiety and fear of all that could go wrong will go wrong. 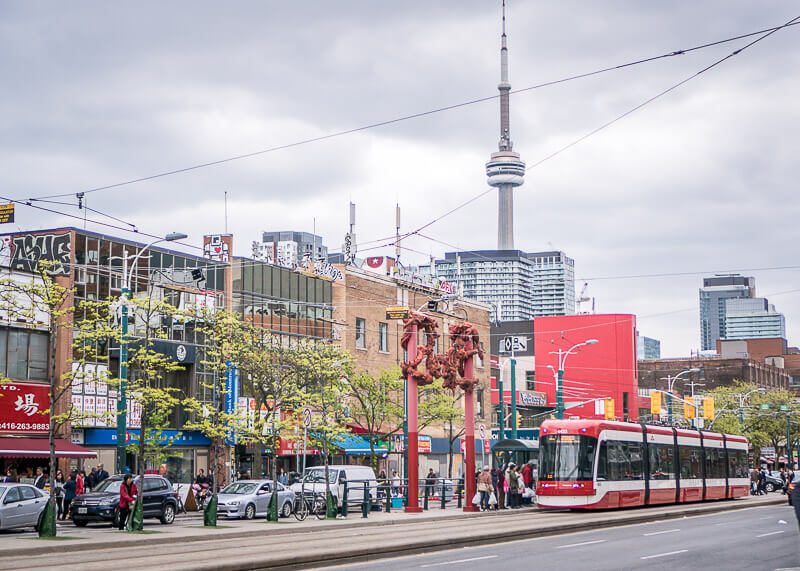 Spent the first six months of 2017 prepping for this year of travelling. We got rid of our stuff, dealt with our home, and said goodbye to our jobs before we left!

But none of that happened. And the fear of the unknown was replaced with excitement as soon as I bought my one-way ticket to Bali. And the part where I live my dream? Well, you can read about it here if you’re new to this blog, so I’ll just write about how I feel about living a life of travel. 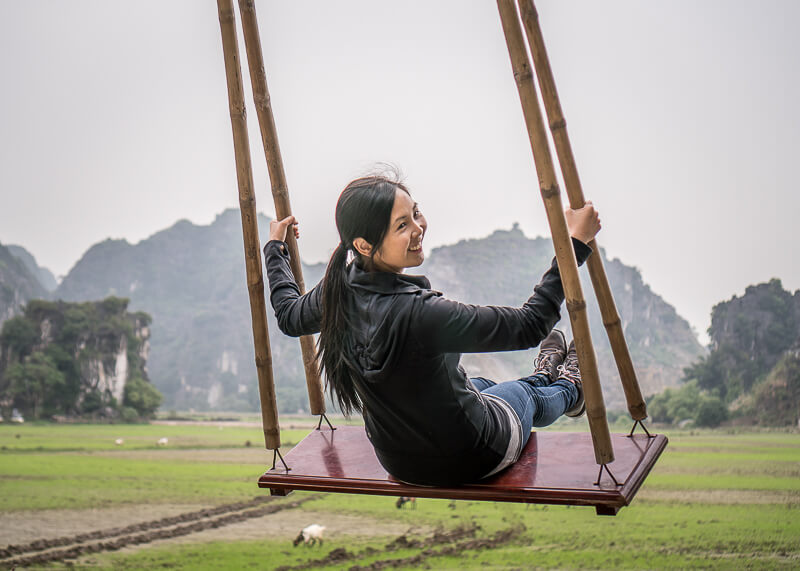 Even the crappy moments aren’t so bad! I’ve had bats poo on me, I’ve stepped on rooster poo, and I’ve had rats jump on my head! I do think Gary may have won the poo encounter award though. He stepped on a pile of dog poo with his bare feet!

All my senses are heightened, and my curiosity is endless. I wake up every single morning with boundless energy and a sincere gratitude for life. Yah ok, there are crappy moments (pun intended) where animals poo on me, but that’s the price I pay for this lifestyle. Life is all about trade-offs, and I wouldn’t have it any other way.

Of course, six months was not enough time to pursue this dream, and we’ve been planning this year of travel for quite some time now. I didn’t realize it then, but 2016 was the year where I built a foundation to launch my dream.

2016 was the year where I carefully laid out plans, only to see it fall apart

It was a blow to my ego, and I felt like a failure until I realized I wasn’t. Instead, 2016 sort of morphed into the year where I dealt with a lot of inner healing. While uneventful from an external perspective, I was growing internally. When a negative feeling came to mind, I asked why instead of running away from it like I always have in my life. When an insecurity came from a place of fear, I chose to stay with it and be alone with those feelings.

Before this point, my whole life was about chasing goals that satisfied the ego, but never the soul. Because, quite frankly, I couldn’t afford to pursue dreams that nourished my soul. I had student debts, and I was money hungry. Money solved a lot of problems, and that was all that mattered to me.

But then you get to a point where you realize you can always make more money, but can you make more time?

A year passes, and that’s it, it’s gone, how will you ever buy back a year of your life? You can’t. And the beauty of life is that you don’t know when you’ll die. I suppose the mystery of not knowing what age you’ll live to be is a reminder to not take life for granted. But sometimes, life gets so busy that I forget to do things that make me happy. 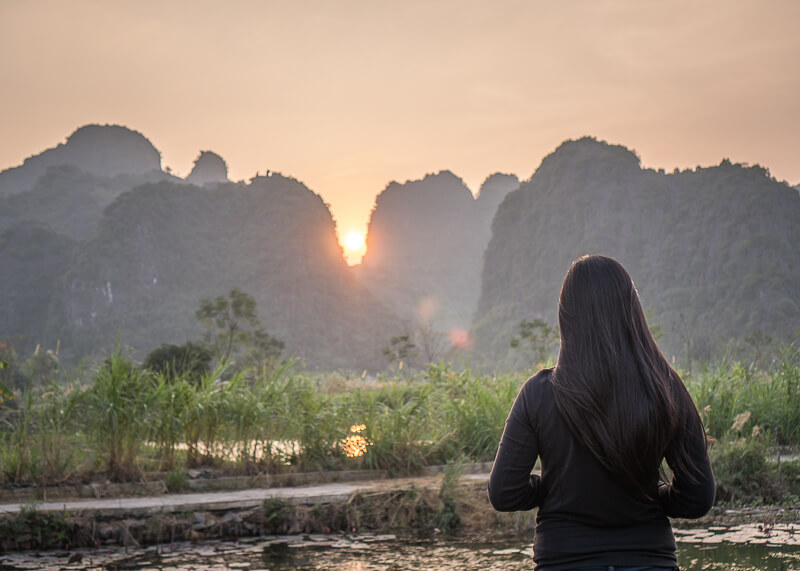 Assuming that I live past old age because of my life in Canada, I estimate that I have 39 years of life in this world. That’s 44% of my life lived in percentages. If I use the average age of family members who passed away as an early adult, I have lived for 88% of my life. I’m not counting the family members who never made it past the age of two. See how fragile life can be? You can wish to live to be an old person, but you don’t know what cards you’re dealt with… until you’re dead, I suppose

And so off I went, where I am finally pursuing a year of travel 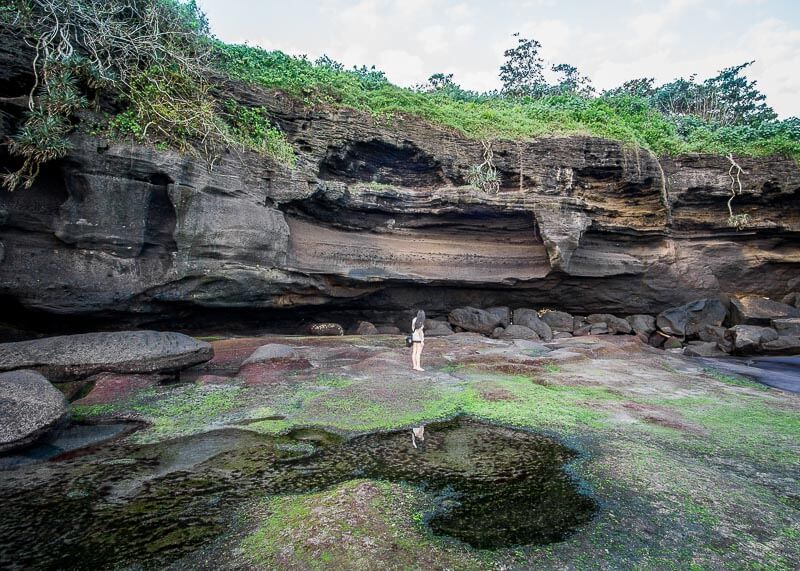 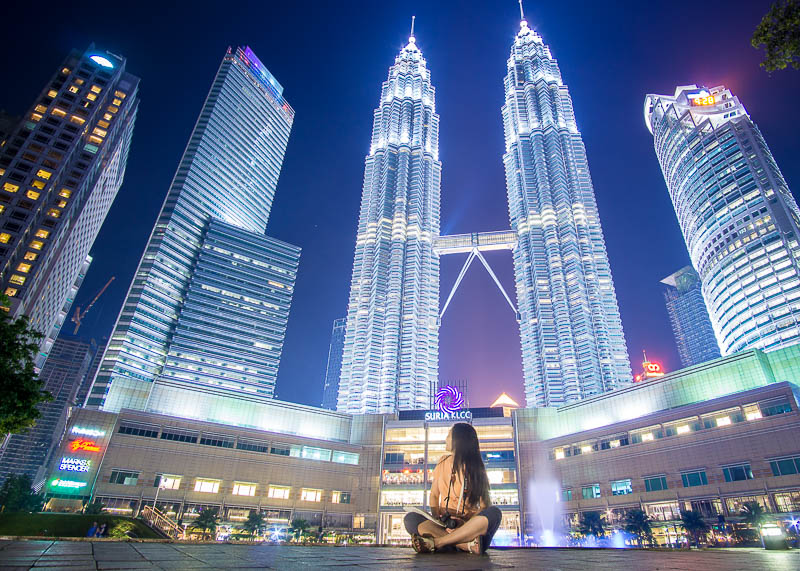 Made a stopover to Kuala Lumpur where I finally got to see the Petronas Towers! 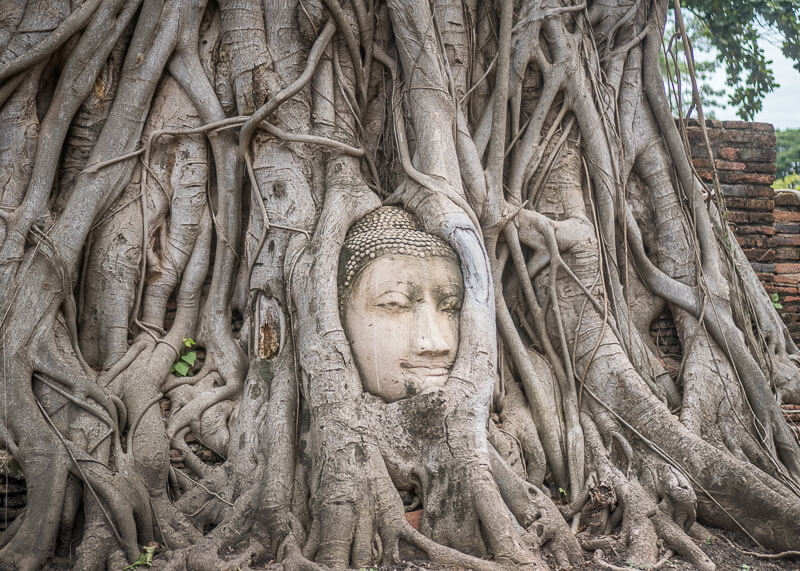 Finally did a south to north Thailand tour in 2017! I visited Phuket, Krabi, Bangkok, Ayutthaya, Sukhothai and Chiang Mai 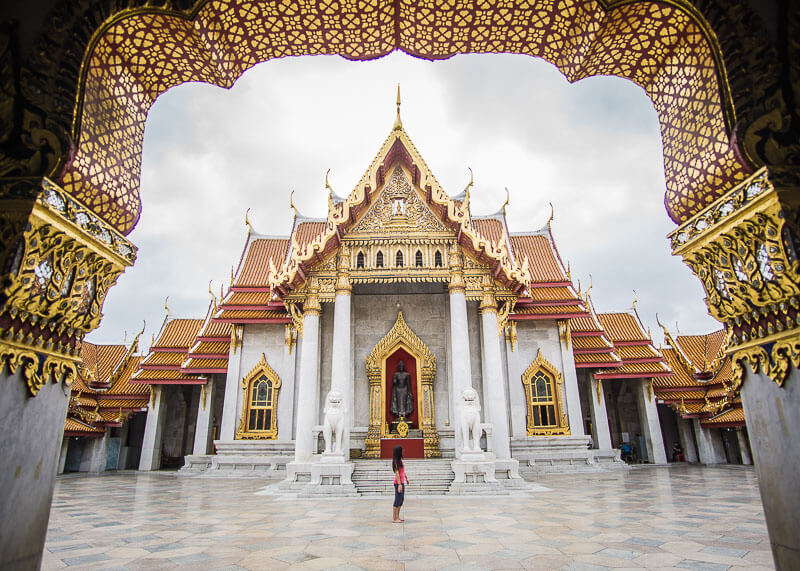 The amazing Wat Benchamabophit in Bangkok 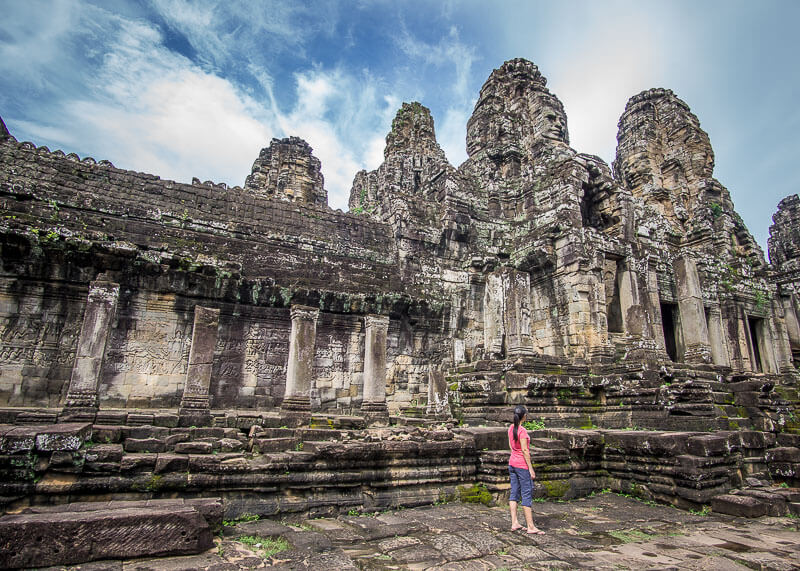 Exploring Cambodia. Angkor Wat, you are as beautiful as I remembered you to be 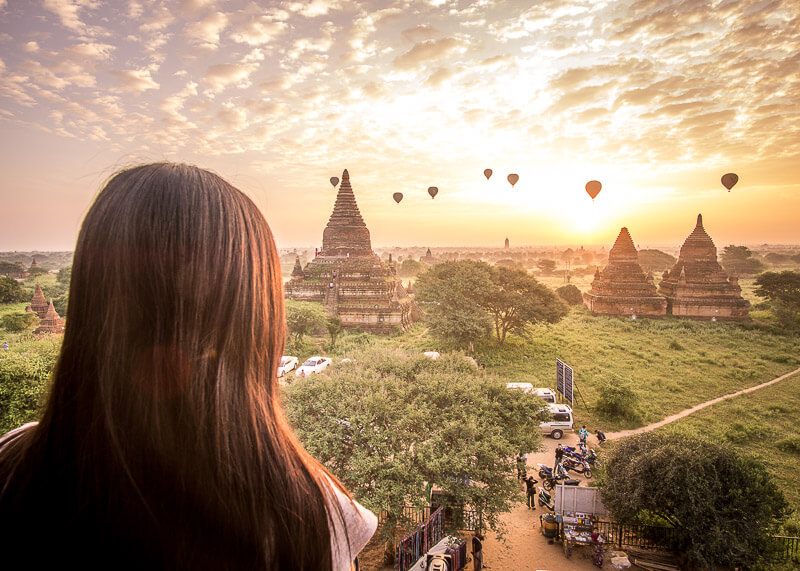 In Myanmar, witnessing the best sunrise of my life 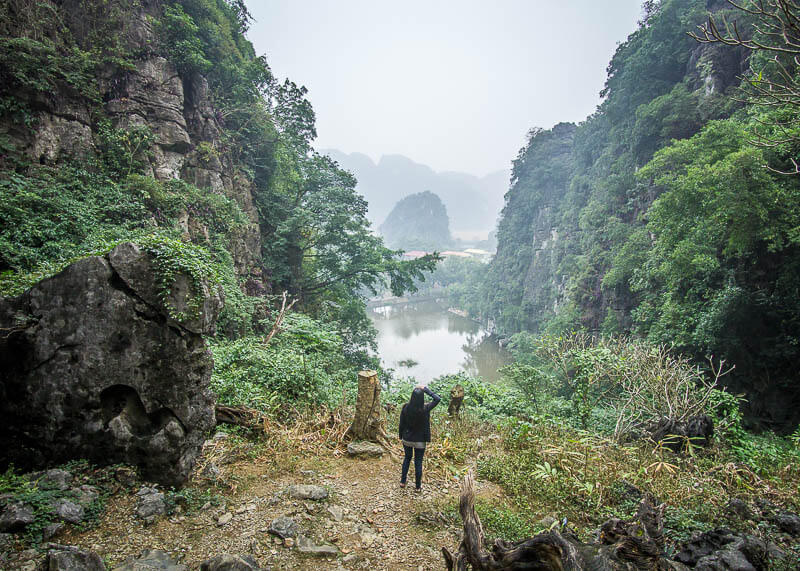 Searching for King Kong in Vietnam

A year of travelling goes by fast

It’s so crazy that I will be back in Canada in less than six months! Just as I started counting the months since I left, I am now reverting to a countdown of when I’ll be back in Canada! Reverse culture shock will definitely be an interesting experience.

Inside this big dream was a series of mini-dreams

But the most valuable lesson I learned this year is that I have full control (ok, almost) to create my life. Because at the end of the day, if I’m lying on my deathbed and I have regrets, that’s on me, and no one else.

That’s enough for me to go chase after my dreams before I hit 100% of my life.

If you awaken from this illusion and you understand that black implies white, self-implies other, life implies death (or shall I say death implies life?), you can feel yourself – not as a stranger in the world, not as something here on probation, not as something that has arrived here by fluke – but you can begin to feel your own existence as absolutely fundamental.

I am not trying to sell you on this idea in the sense of converting you to it, I want you to play with it. I want you to think of its possibilities, I am not trying to prove it. I am just putting it forward as a possibility of life to think about. So then, let’s suppose that you were able every night to dream any dream you wanted to dream, and that you could for example have the power within one night to dream 75 years of time, or any length of time you wanted to have.

And you would, naturally, as you began on this adventure of dreams, you would fulfill all your wishes

You would have every kind of pleasure during your sleep. And after several nights of 75 years of total pleasure each you would say “Well that was pretty great”. But now let’s have a surprise, let’s have a dream which isn’t under control, where something is gonna happen to me that I don’t know what it’s gonna be.

– Alan Watts, the dream of life 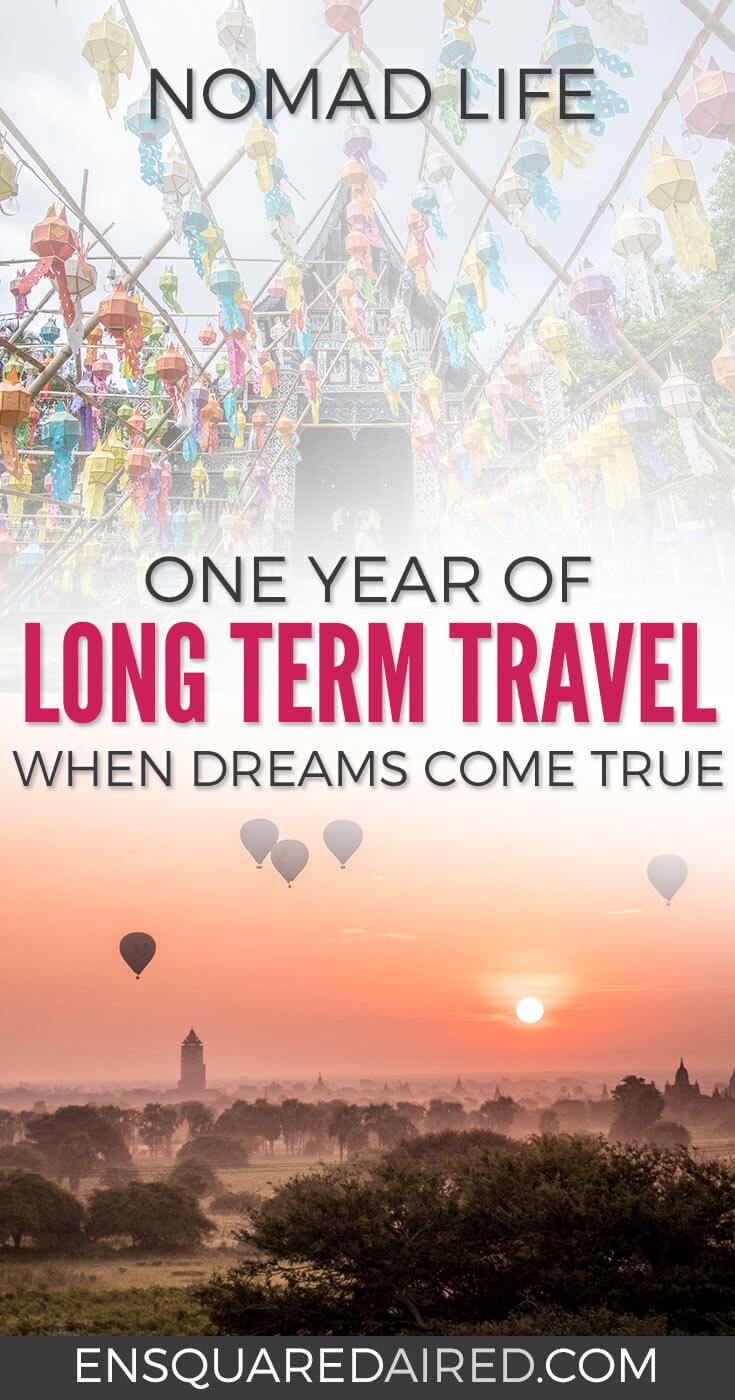