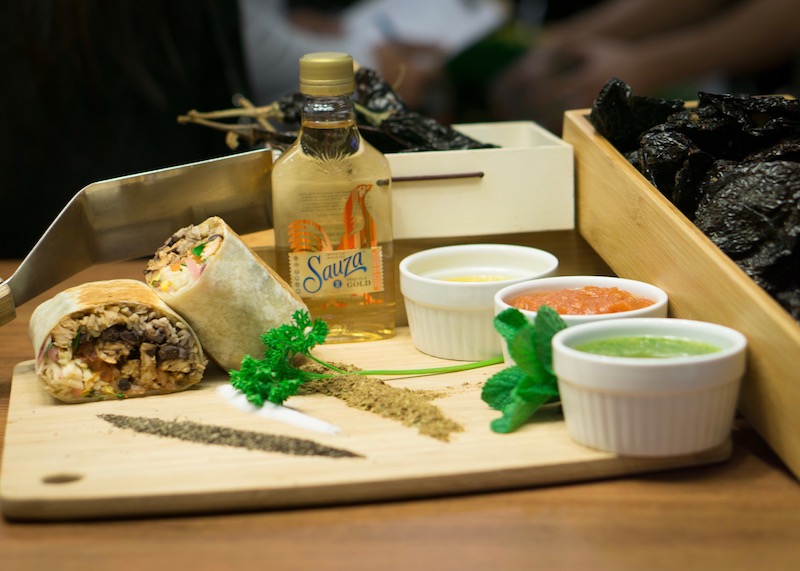 I was recently invited by Patrick from Feedmyphone to attend a media event with Quesada Burritos & Tacos. This event gave me the chance to go behind the scenes with the founder Steve Gill and try some new items on the 2017 menu.

Read Next: What Is One Life Changing Year?

It was also a great opportunity to meet some of Toronto’s most popular Instagram influencers while doing what we all loved to do most – EAT! 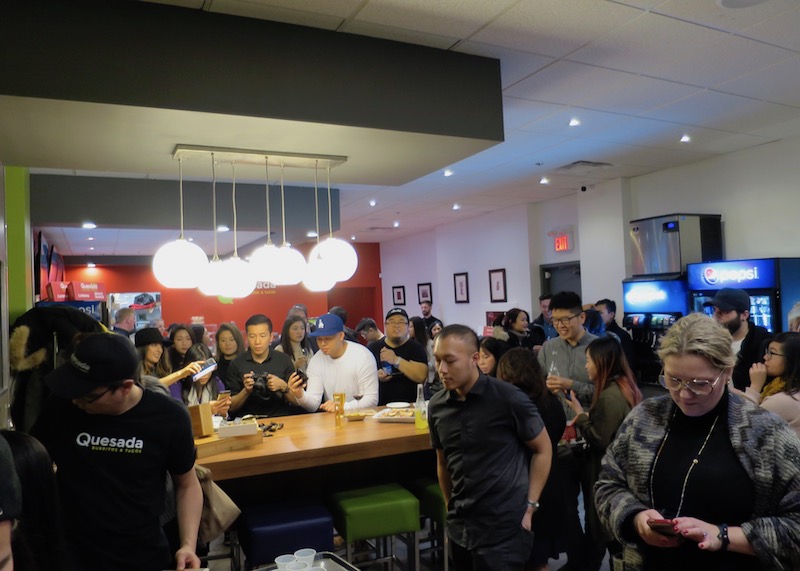 There were seven items on the menu, which had a mix of Quesada favorites and items from the test kitchen. 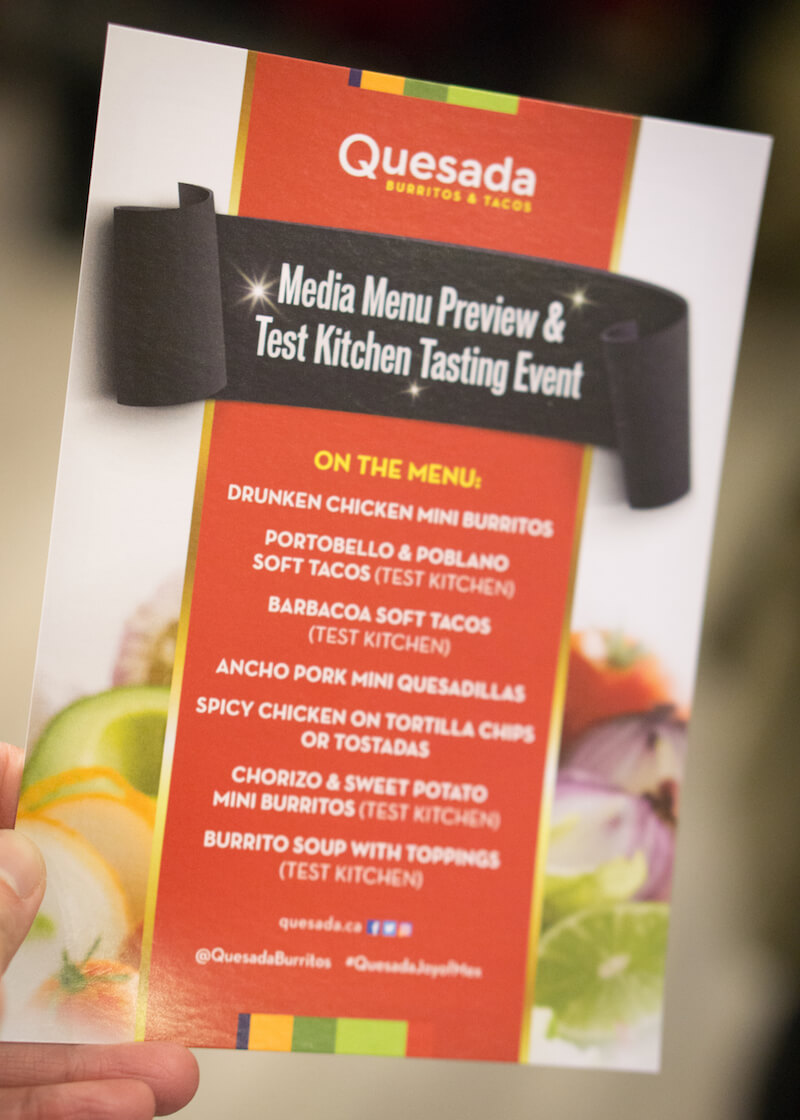 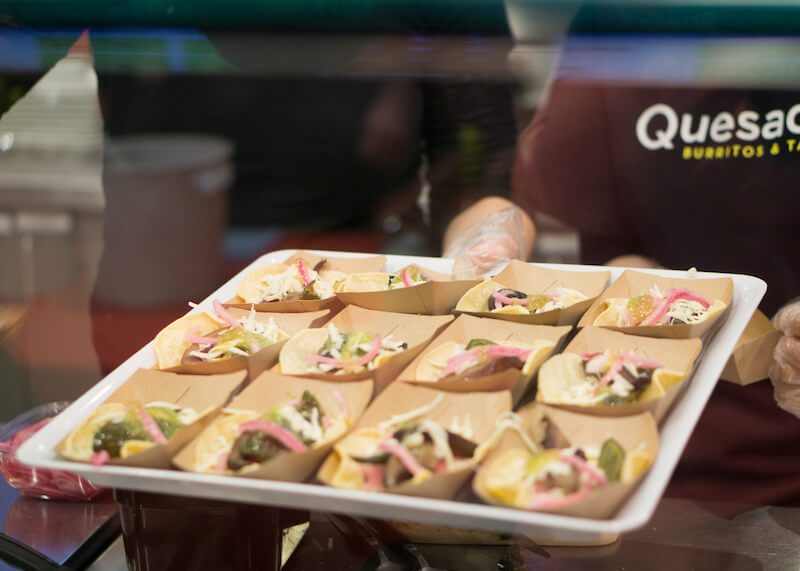 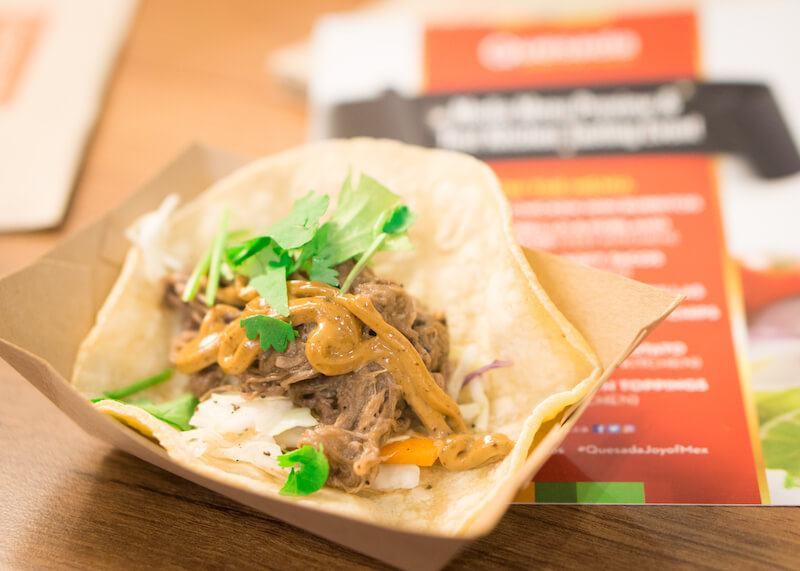 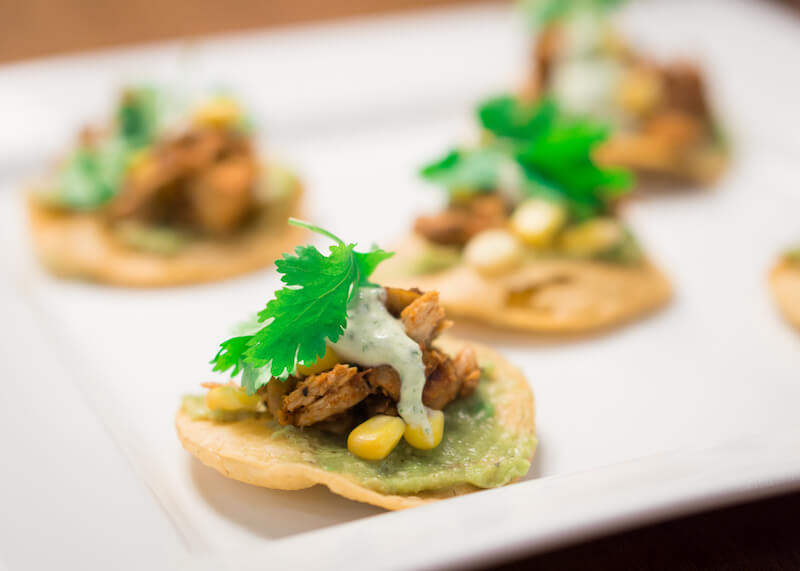 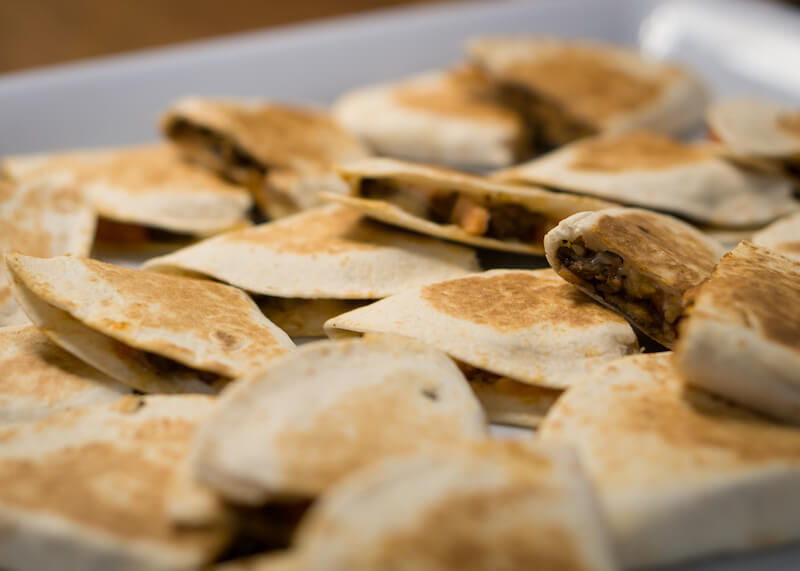 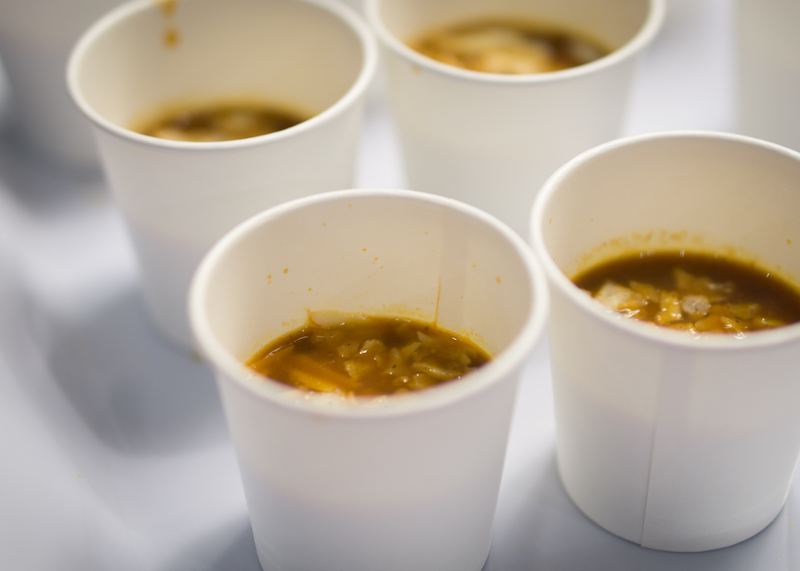 Burrito soup with toppings from the test kitchen

Sadly, I missed the drunken chicken mini burritos and the barbacoa soft tacos (noooo!). However, all the creations on the menu that I did get the chance to try were delicious. I was full from the food fairly quickly, even though each item were sample sizes of the original dish.

Of course, the event had drinks because hey, what’s an event without some alcohol? 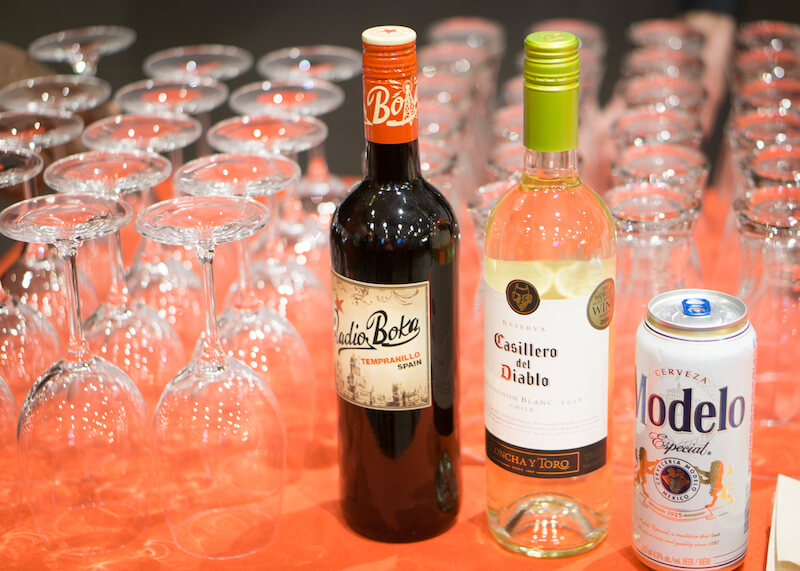 The primary activity for the event was the do-it-yourself salsa contest, where guests were invited to make salsa. 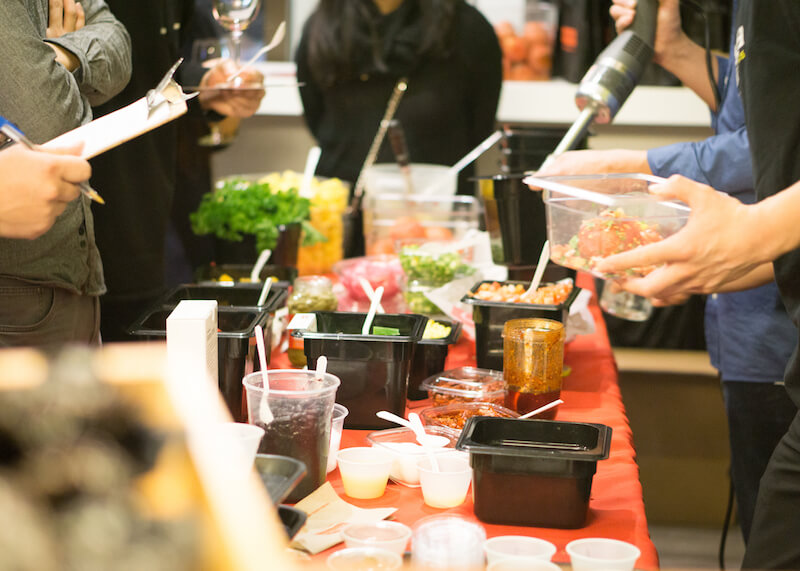 The prize for the contest was a Samsung tablet, which would go to the best salsa that was made based on color, texture, flavor and appearance. I’m pretty sure I failed on all four components since I had no idea what I was doing. You’d think you can’t mess up salsa, but somehow, I found a way. I loaded my salsa with tons of jalapenos and chili pepper because I thought spicy flavors would give this salsa a nice kick to the dish. 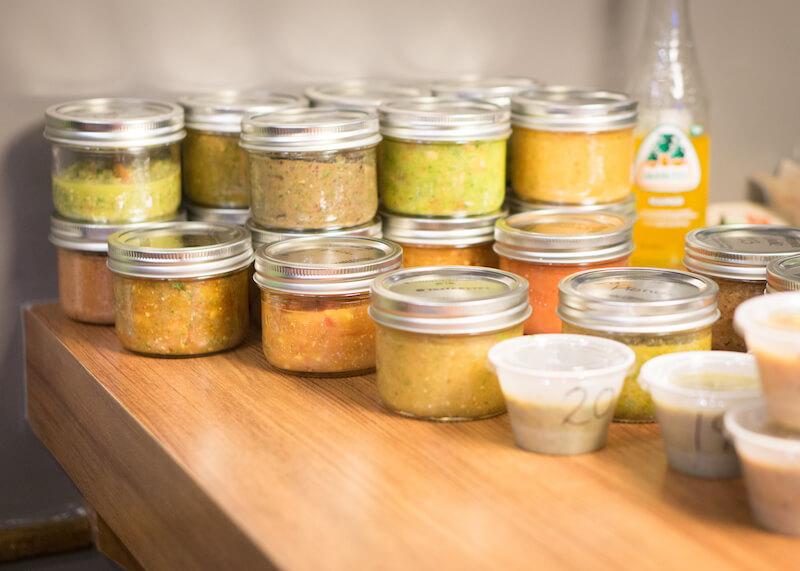 Apparently, all the contestants had the chance to try their salsa. Somehow I missed that and didn’t find out how spicy my salsa was until I was at home. Let’s just say I’m very very sorry to Patrick and Steve who had to try my salsa. I have a moderate tolerance for spicy foods, but my salsa was so spicy that I could feel a burn on my tongue even after I downed a glass of water! 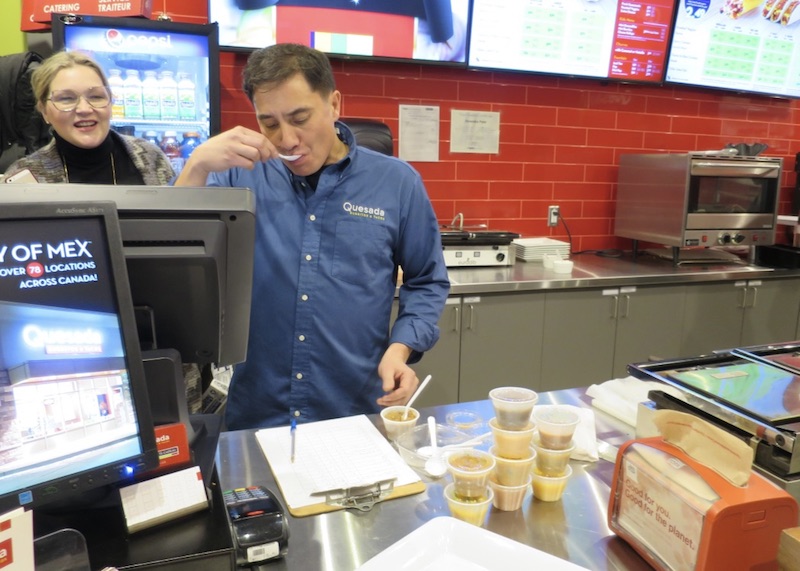 The story behind Quesada Burritos & Tacos

Quesada has an interesting entrepreneurial story, which I only became aware of after attending this event. Steve opened the first location over a decade ago in the entertainment district of Toronto. Mexican food wasn’t as popular back then as it is now, and real estate agents all told Steve that he’d be out of business within a year.

Luckily, Steve stuck to his plan, because Quesada has now grown into a successful franchise in Canada, with over 78 national stores as of 2016. What’s even more inspiring about this story is that Steve did not have any experience in the restaurant business before opening his first Quesada store. However, it seemed like Steve always had an entrepreneurial spirit, which you can read more about in an interesting interview he had with BeTheBoss. 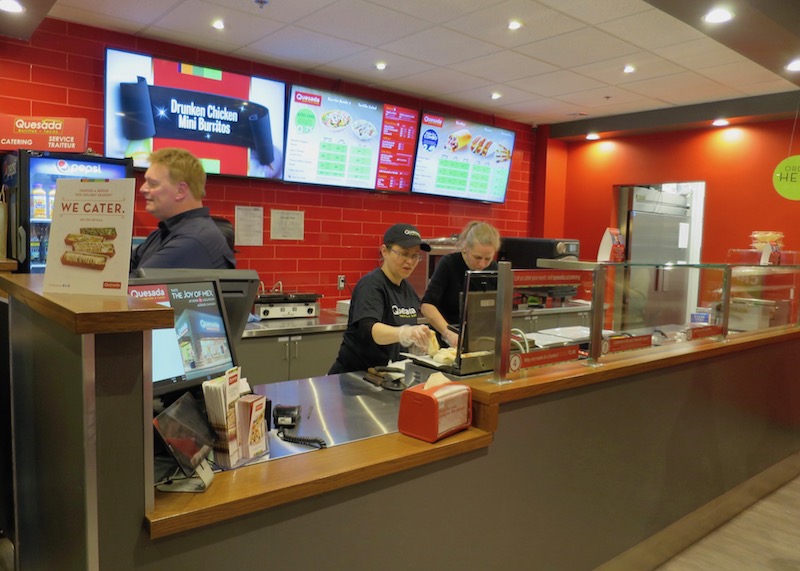 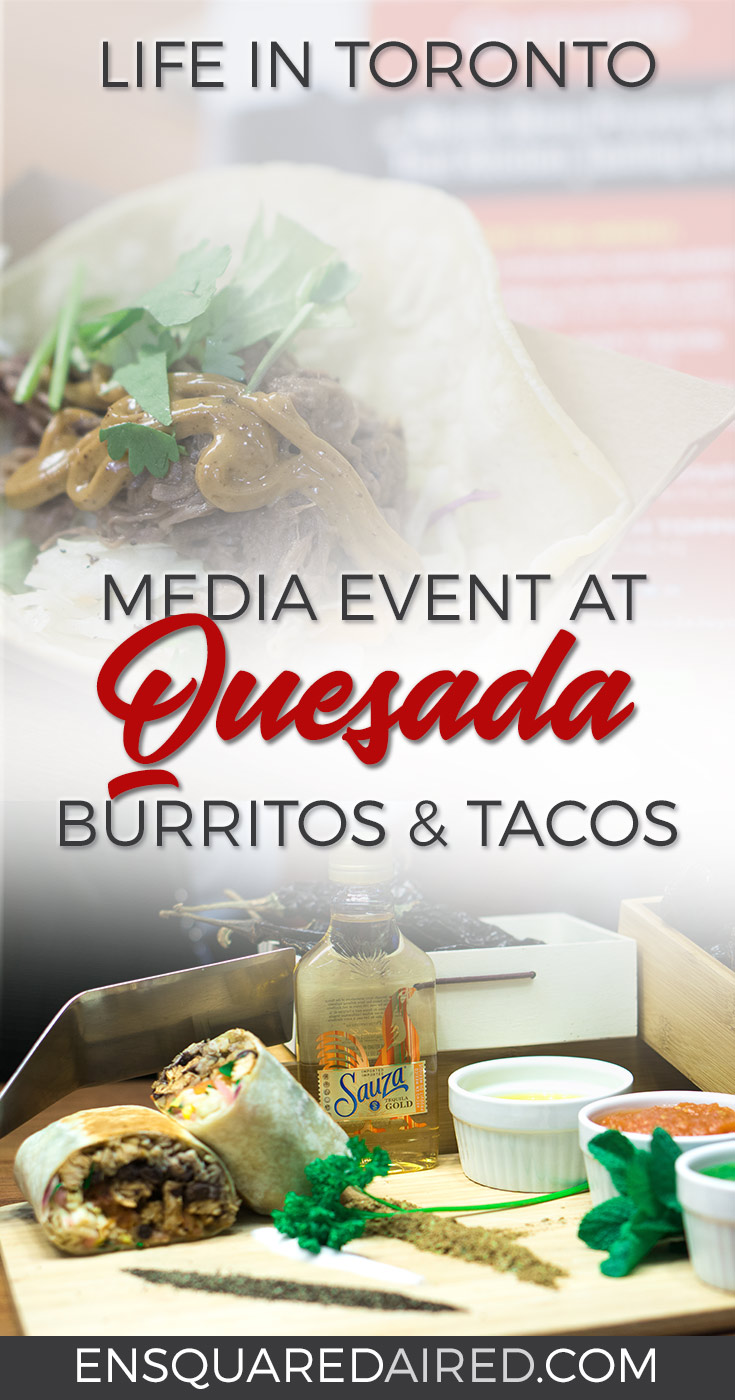 Previous Post: « 2016 | How I Learned To Trust My Inner Voice
Next Post: Win Tickets To The Outdoor Adventure Show In Toronto! »