You are here: Home / Destinations / Sheraton On The Park Sydney Review | Should You Stay Here? 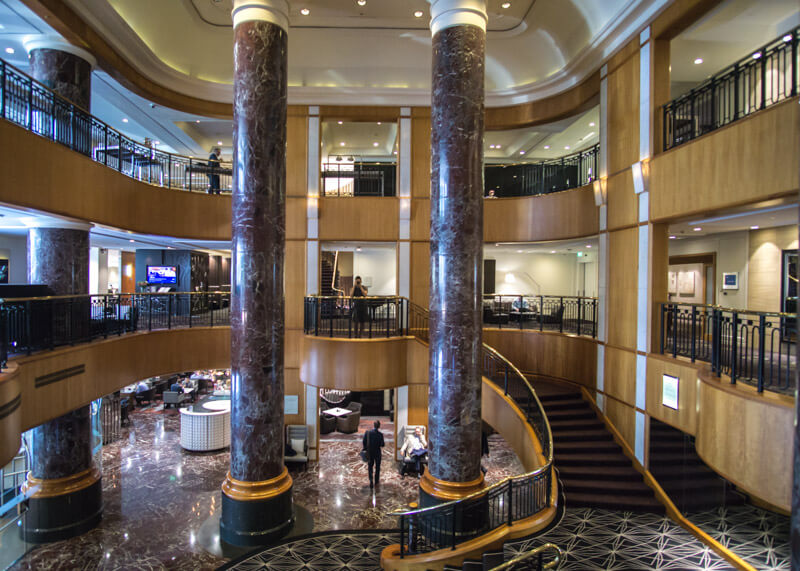 Sheraton on the Park Sydney – the main entrance

Part of our one year travels involved a short stopover in Sydney and Melbourne. I’ve been dreaming of visiting and moving to Australia since I was young. That dream never materialized, but then again, I’ve never even been to Australia! I should at least check out what Aussie life would have been like, right?

Since Sydney is next level expensive, I looked at the SPG family to find places with good point redemption rates. Sheraton on the Park Sydney happened to fit the bill which made it an easy choice. The hotel was going through some renovations during our stay and I was worried about the noise. Luckily, it was fine. In fact, I didn’t even notice that renovations were happening during our stay. 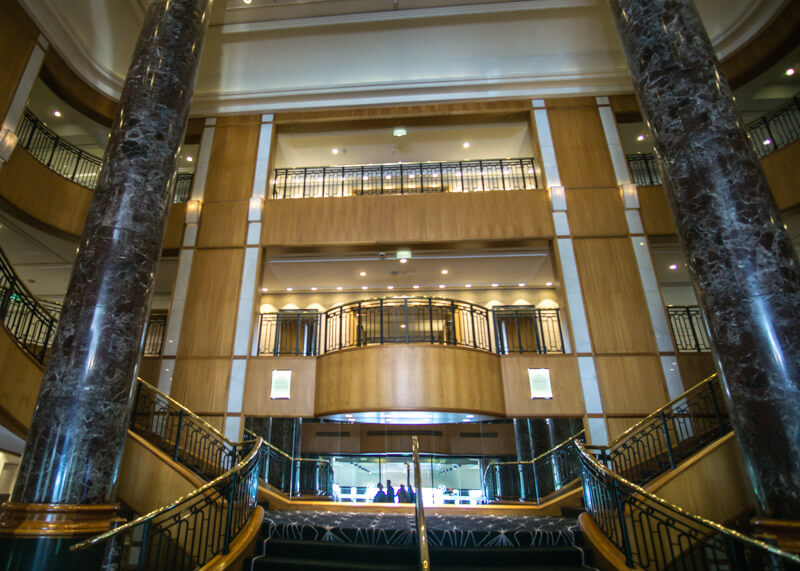 The hotel feels like what most Sheratons do in North America. Dark, wooden décor with dim lighting

We arrived in Australia from Chiang Mai after spending over 30 hours on planes and airports. I was dead tired and cranky. It also happened to be my birthday, leaving me ultra irritable because I preferred not to spend my special day in transit. Luckily, a nice hotel room was waiting for us in Sydney.

The hotel room at Sheraton on the Park Sydney Hotel 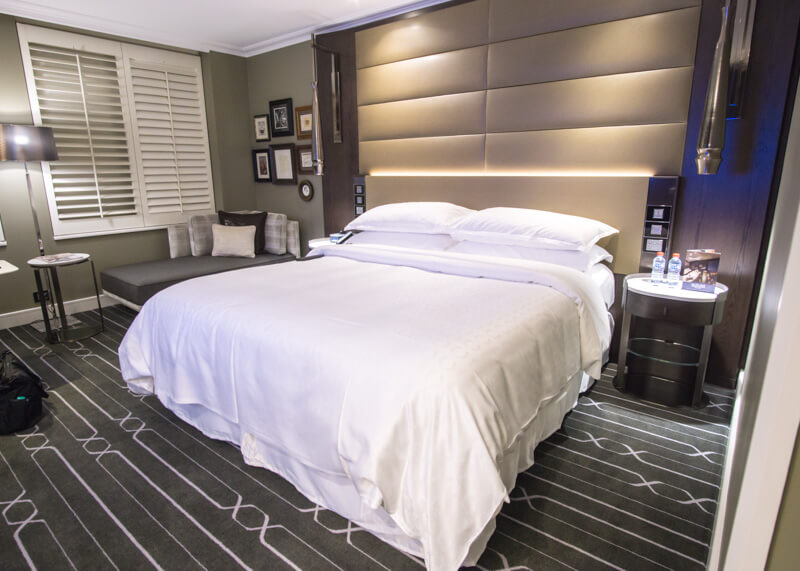 Very comfortable beds at Sheraton on the Park Sydney

The room we stayed in was modern and well decorated. I’m not sure if I stayed in one of the renovated rooms, but it sure felt like that was the case. Online reviews mentioned their rooms were old and outdated but this one didn’t feel that way.

The room was also very quiet, which I appreciated because I needed a good quality sleep from our journey. Side note, I never realized how far Thailand was from Australia!

The bed was super duper comfortable. They reminded me a bit like the ones at Jaya House River Park in Cambodia.

I was moved to a room with a park view (more on that later), which was pretty nice. The bathroom was large and spacious. 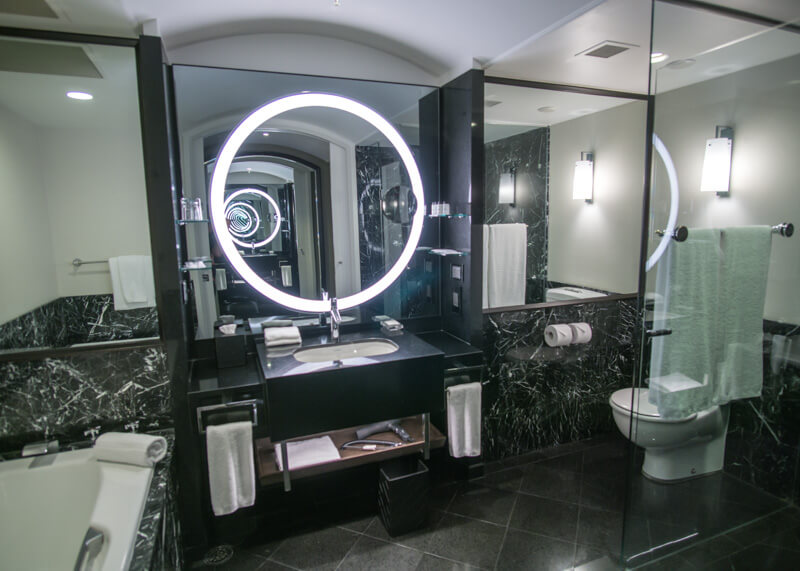 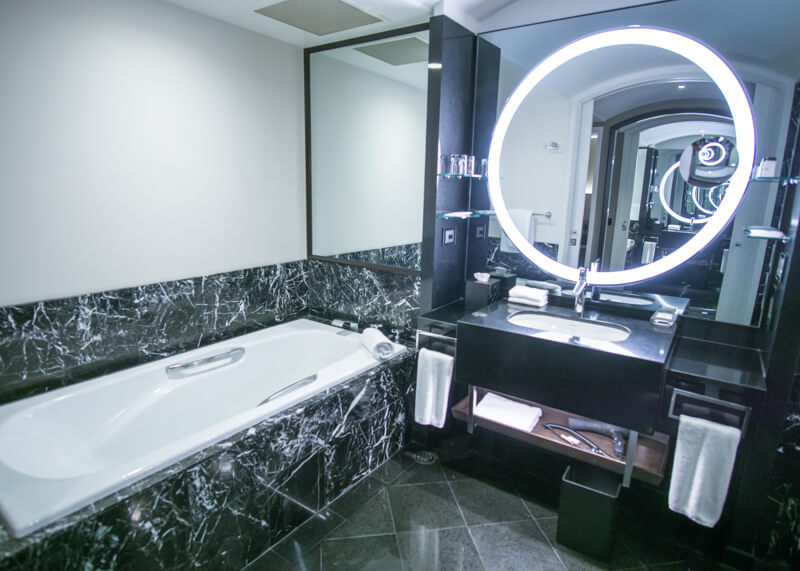 The spacious bathtub in the bathroom 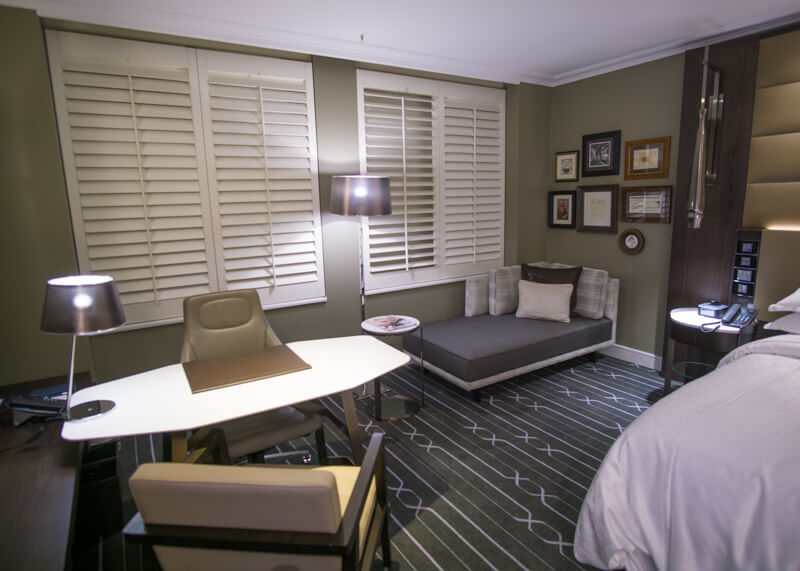 The room has a comfortable lounge chair and desk 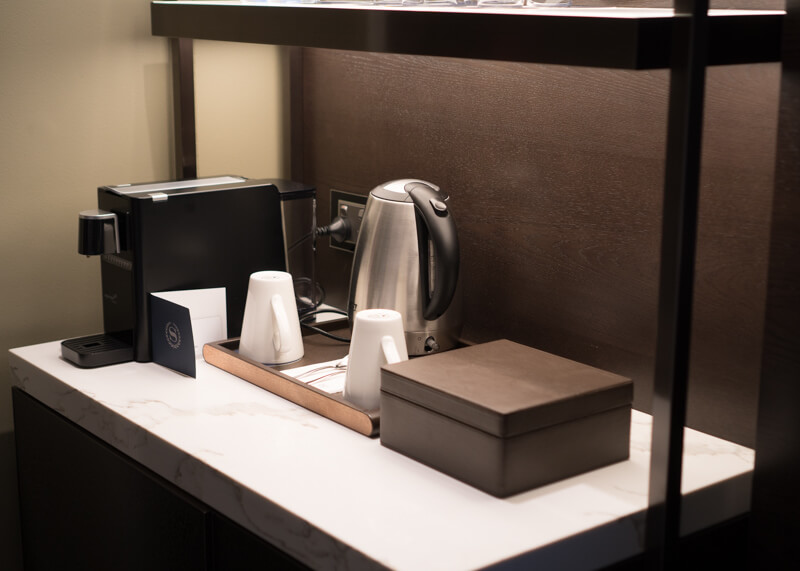 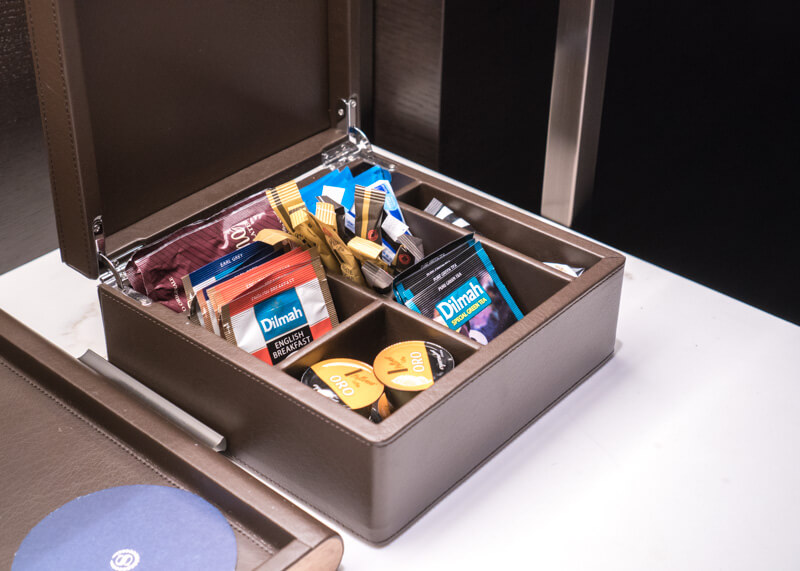 An assortment of teas and coffee to choose 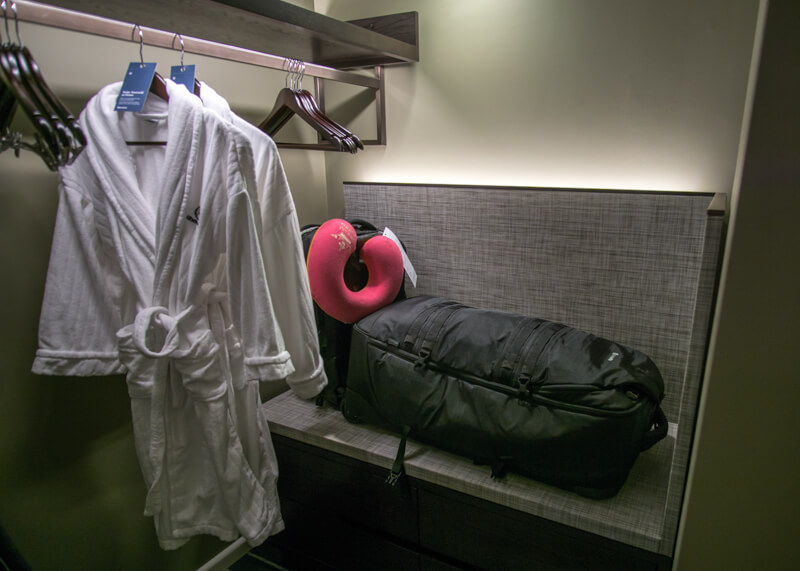 The walk-in closet is spacious

Service at Sheraton on the Park Sydney Hotel 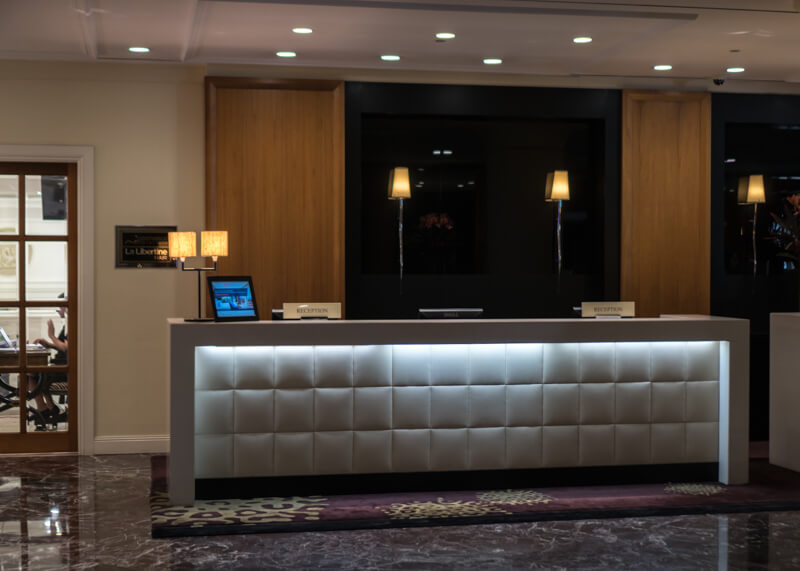 While check-in was smooth (as it should be), the service was subpar for a five-star hotel.

I essentially checked in, was handed a key and that was it. No mention of a room upgrade, no mention of my birthday, nothing. I was quite surprised considering how I left a note saying it was my birthday and would like an upgrade. Not that I should even need to ask because upgrades are a perk of being a Platinum member (where available, of course). I’ve learned later that I should have received $100 US for the lack of recognition as a Platinum member had this been after the SPG/Marriott merger.

But anyway, you’d think that by mentioning birthday and any available upgrades (which is a benefit as a platinum member), you’d think the hotel make some effort. Nope. Nada. Which makes me question why anyone would stay at a five-star hotel for this kind of service? I could have stayed at another modern hotel with better value!

While I know that most western hotels don’t do welcome gifts in the room, I was expecting something for our stay. I mean, not only was it my birthday, but the going rate for the room I stayed in was $400 a night (my specific room was $510)! I would have been very peeved had I not paid using my points.

But whatever. I went to bed dead tired and couldn’t bother to question the lacklustre service.

But when I woke up, I couldn’t shake the feeling that I received subpar treatment

So I made a complaint.

The manager I spoke with handled it well. She listened to my concerns and moved me to a city park view since the suites were fully booked during my stay. When I asked why I didn’t receive the better room, she said it was because the room wasn’t available due to cleaning. Strange, considering how I checked in at 11 p.m. I didn’t realize cleaning was done that late.

Nonetheless, I took her offer and moved to a room with a view.

It wasn’t the view I cared about but the principal. How can a hotel that was charging $400 a night that weekend offer such terrible and inconsistent service? In speaking with other platinum members, their experience echoed mine when it came to this hotel. Some had incredible stays while others were not impressed. Within the SPG platinum community, the consensus is to stay at the Westin Sydney instead of the Sheraton.

I have to preface that service in western countries are vastly different from the ones you’ll experience in Asia. I don’t know why that should be the case, but SPG hotel stays in Asia makes you feel like a SUPER VIP. The Adelaide Hotel in Toronto is an exception to this rule though.

One of the biggest benefits of being a platinum member is the free upgrades and full breakfast. Sadly, these benefits are harder to come by at this hotel. I read somewhere that this hotel is privately owned, hence the poor treatment to platinum members.

Upgrades are a hit and miss here and seem discretionary. Other platinum members did not get upgrades despite available suites listed on the website. Some were so upset that they had to take it all the way up to the manager to get what they deserve. I can’t speak for that experience since I stayed during a time when the hotel was fully booked. It is disappointing though that we have to fight so much for benefits that are supposedly ours.

Full breakfast is also not available to platinum members. You have to pay $15 for breakfast.

The Sheraton club lounge; the highlight of the Sheraton on the Park Sydney Hotel 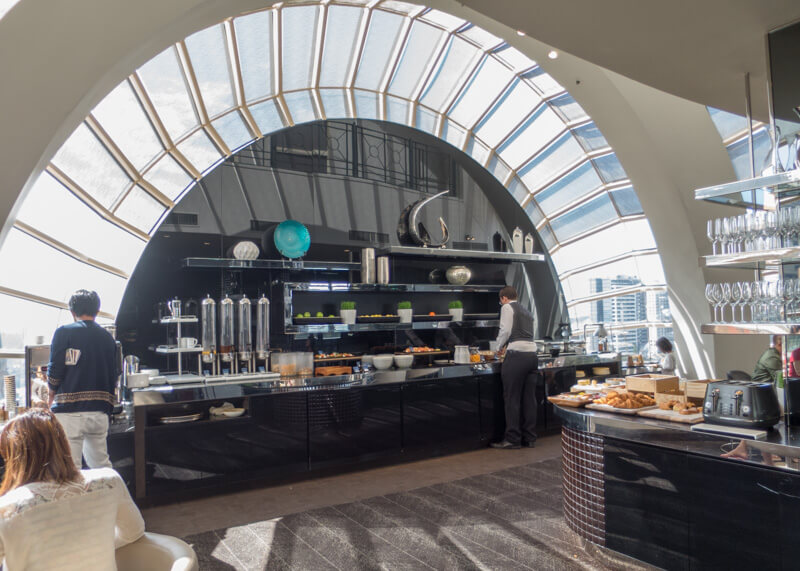 Sheraton’s club lounge is incredible and made up for the not so great service. I loved the natural lighting and the views. 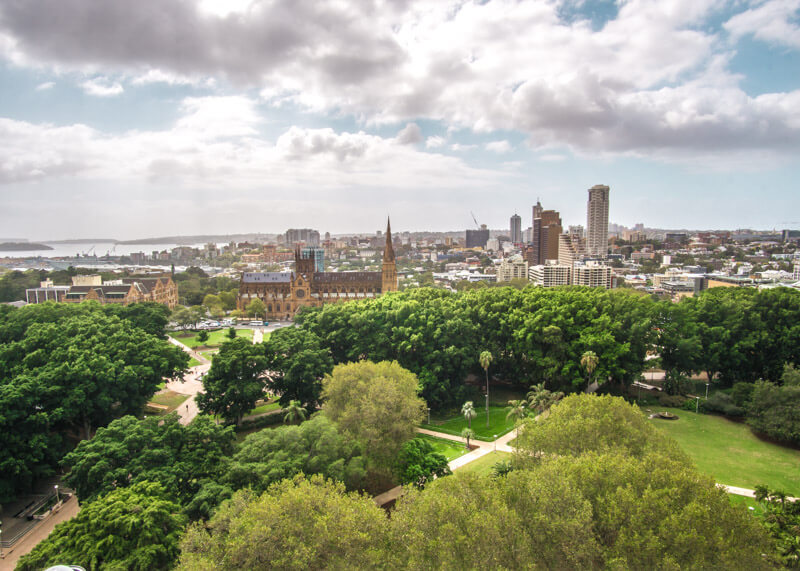 Their continental breakfast and evening cocktail session was delicious and perhaps my favourite part of the hotel. Even the lacklustre service in the lounge didn’t dampen my spirit. 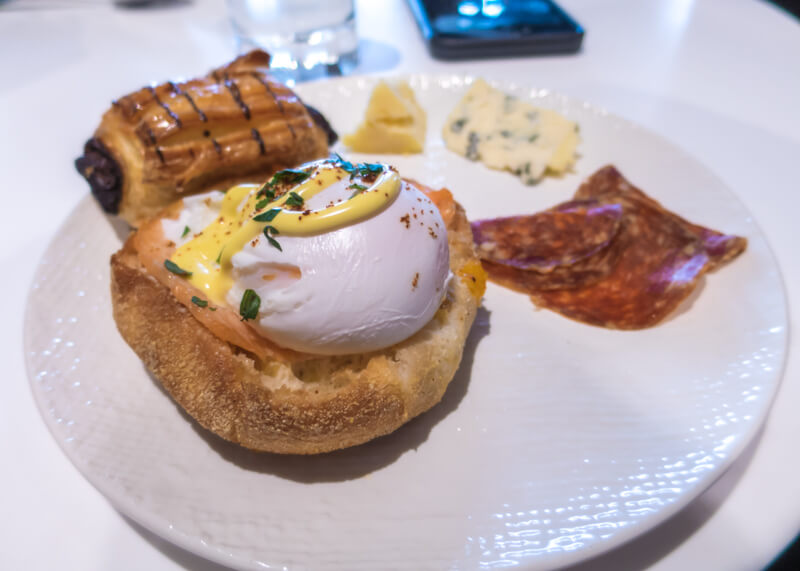 Chocolate croissant, cheese, and salmon eggs benedict are one of the many items available in the club lounge 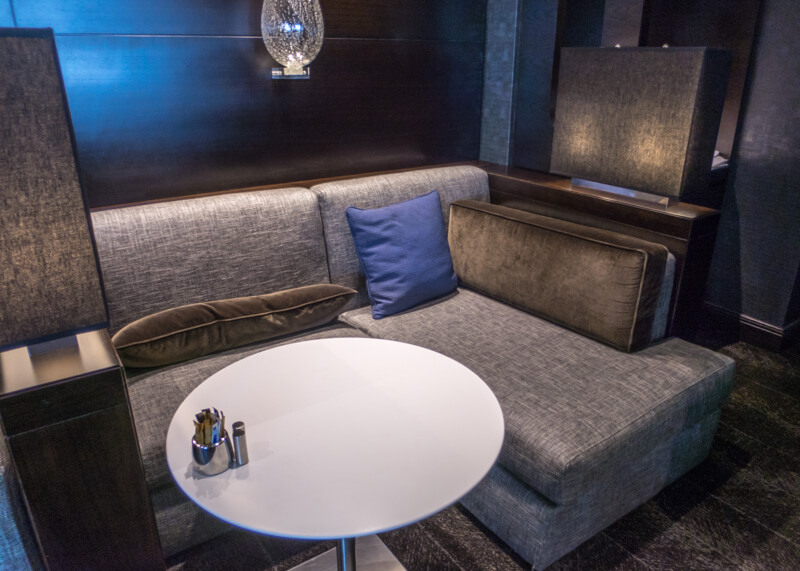 Large and comfortable seats in the club lounge 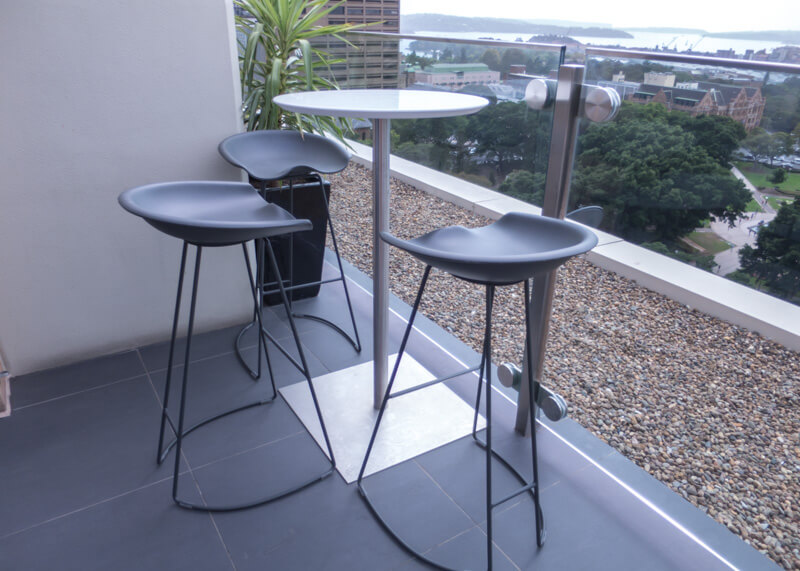 Seating is also available on the balcony

Like most club lounges at the Sheraton, happy hour with snacks is available in the evening. Of course, the dishes available for members did not disappoint. 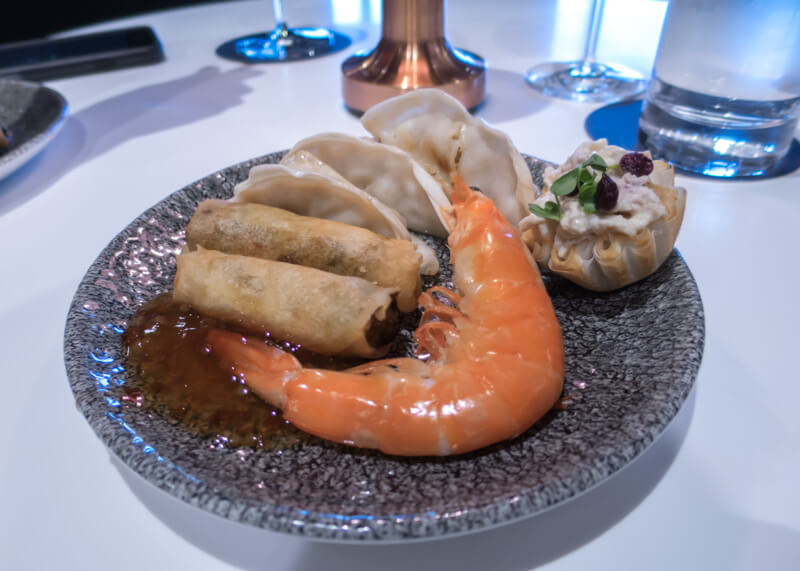 Shrimp, spring rolls, dumplings, and some finger foods. You’ll feel so full by the end of the happy hour!

The location of the Sheraton on the Park Sydney Hotel 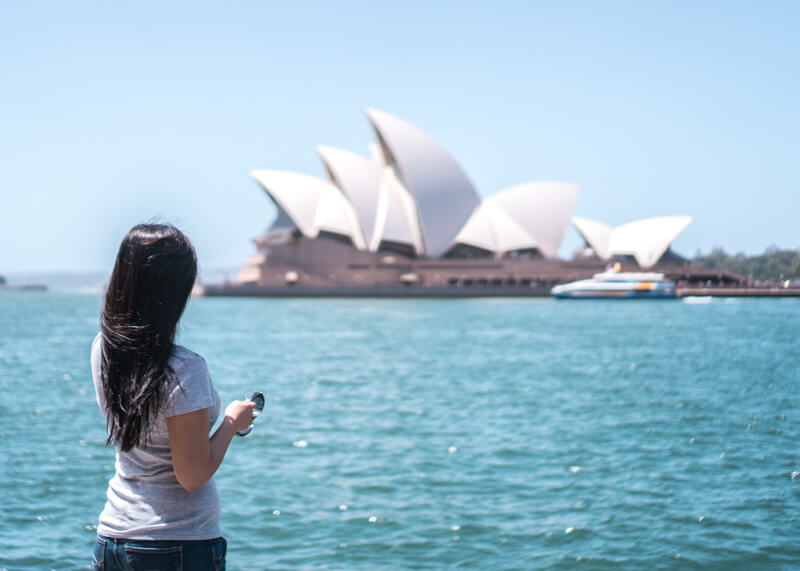 Opera house close by…ok well, it was a 30-minute walk

The location of the hotel is pretty good. It was only a stone’s throw away from the St. James subway station and next to the lovely Hyde Park. We were able to walk to the Sydney Harbour Bridge, Sydney Opera house and the royal botanic gardens, which was nice. The area also felt very safe, even at night. There are lots of restaurants to choose from in the area, including some great Italian restaurants that are within walking distance from the hotel. 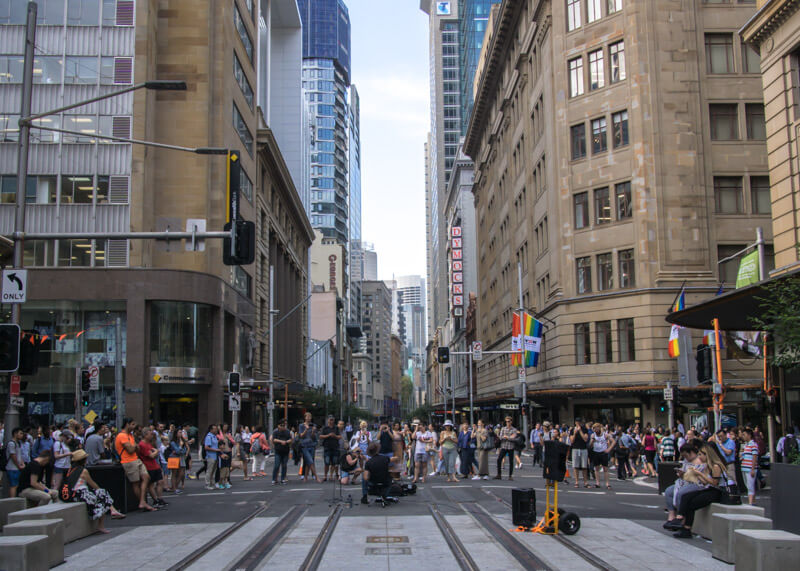 Busy downtown area with live performances in the evening

The facilities at Sheraton on the Park Sydney Hotel

The hotel had a gym, pool, spa and restaurant on site. There were also conference rooms available to be booked. 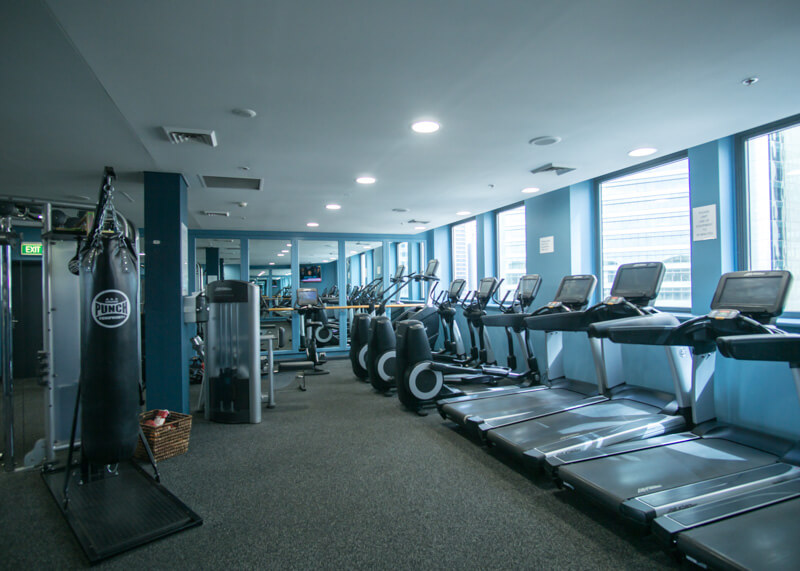 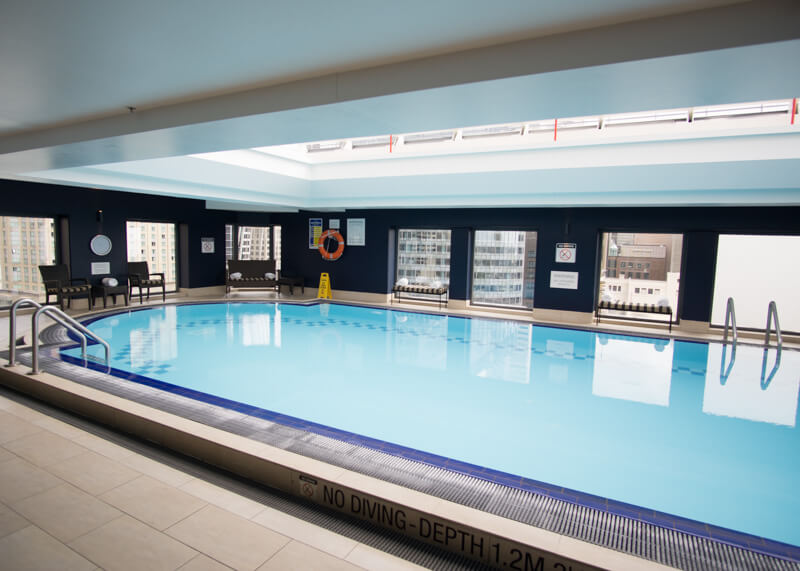 Would I stay at Sheraton on the Park Sydney Hotel again? 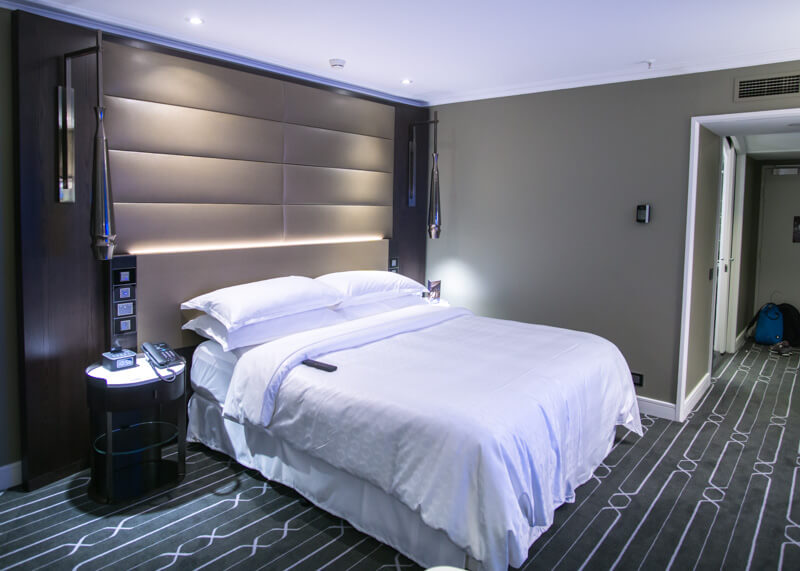 A Comfortable Stay At The Rydges Hotel Wellington New Zealand

A Comfortable Stay At The Rydges Hotel Wellington New Zealand